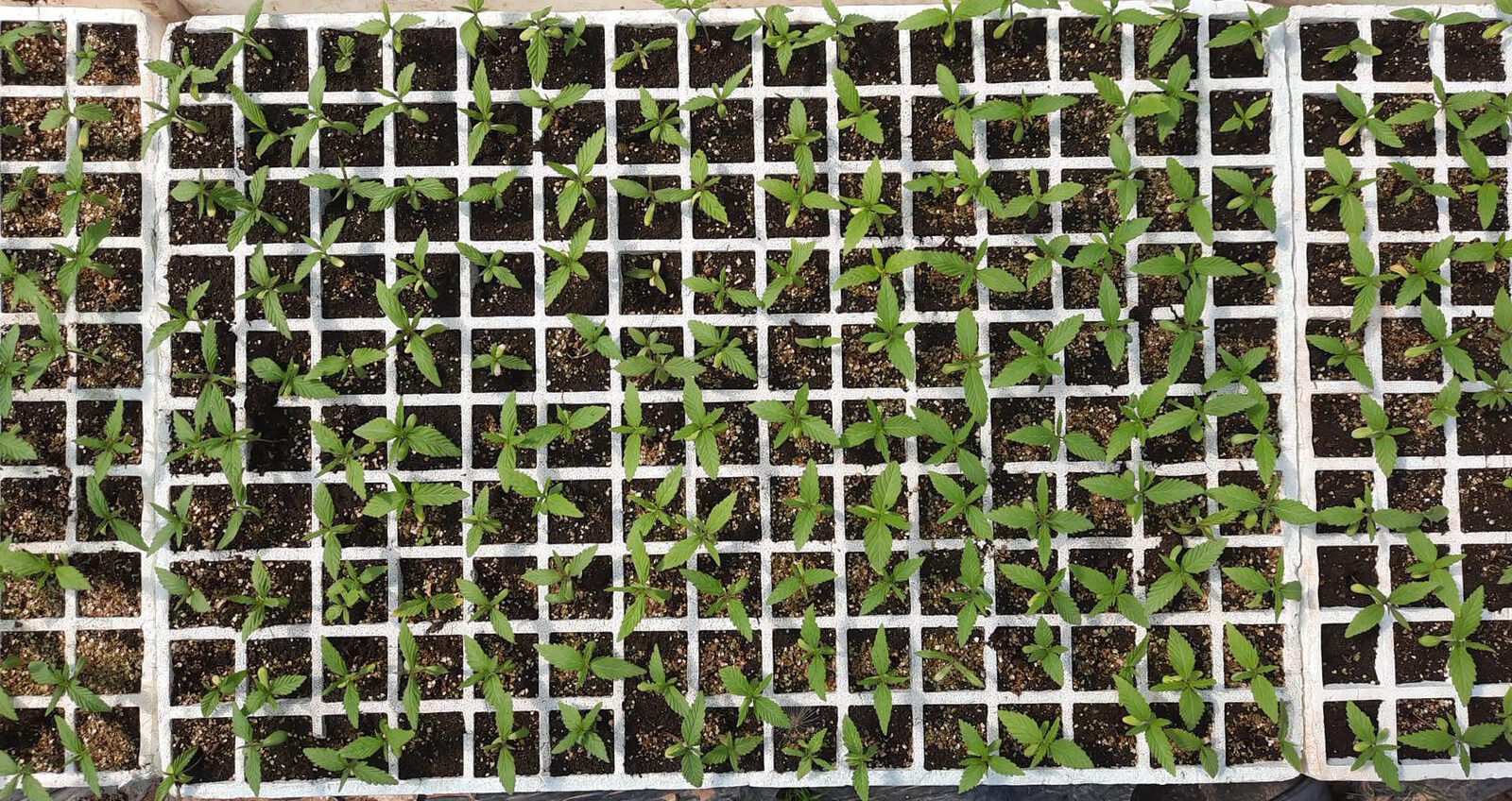 A diverse mix of talent and experience in leadership 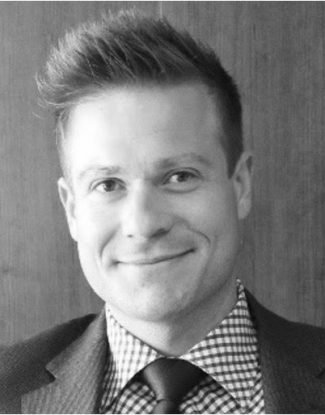 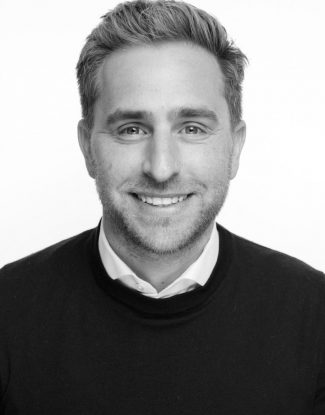 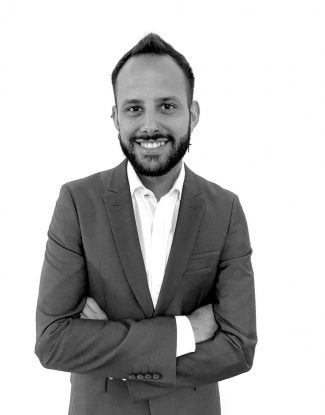 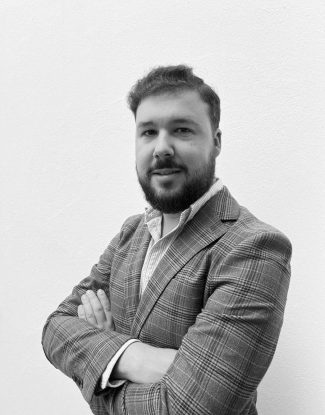 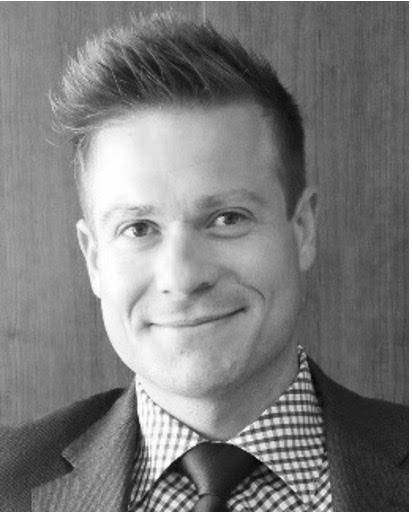 Nicholas Balk – Nick
Chief Executive Officer
Nick is a seasoned entrepreneur with c. 15 years of experience in international finance and consulting, with the majority of his career being dedicated to projects in healthcare and the agri-food value chain.

Cannabis found him in 2017. Driven by curiosity and willing to take on new challenges, in 2019 Nick founded Trichome Capital, a platform aimed at providing specialist advisory and investment management services to the regulated cannabis sector and parallel industries. It was in 2020, in the midst of challenging and uncertain times, when his passion and faith in the cannabis sector led him to take a calculated risk and founded Trichome Capital’s first investment vehicle. That same year, Trichome Pharma was officially incorporated. The next big step Nick took? Finding unique talents to build up his team!

P.S. He holds a Master of Business from Queensland University of Technology and Bachelor degrees in International Business and Commerce from Griffith University. He is also a graduate of Oaksterdam University, America’s first cannabis college.

“When I was first introduced to the professional cannabis industry a number of years ago, my eyes were opened to a whole new world. It became immediately clear that the cannabis plant was generally misunderstood, or simply not understood at all, and that the reality was that cannabis is probably one of the most versatile and powerful plants out there, with tremendous potential, and an extremely promising future, not only in the area of healthcare, but also in terms of sustainability, food and fiber generation, among others. Similarly, from day one, I was convinced that Spain has and will continue to play a leading role in the development of the global cannabis industry.” 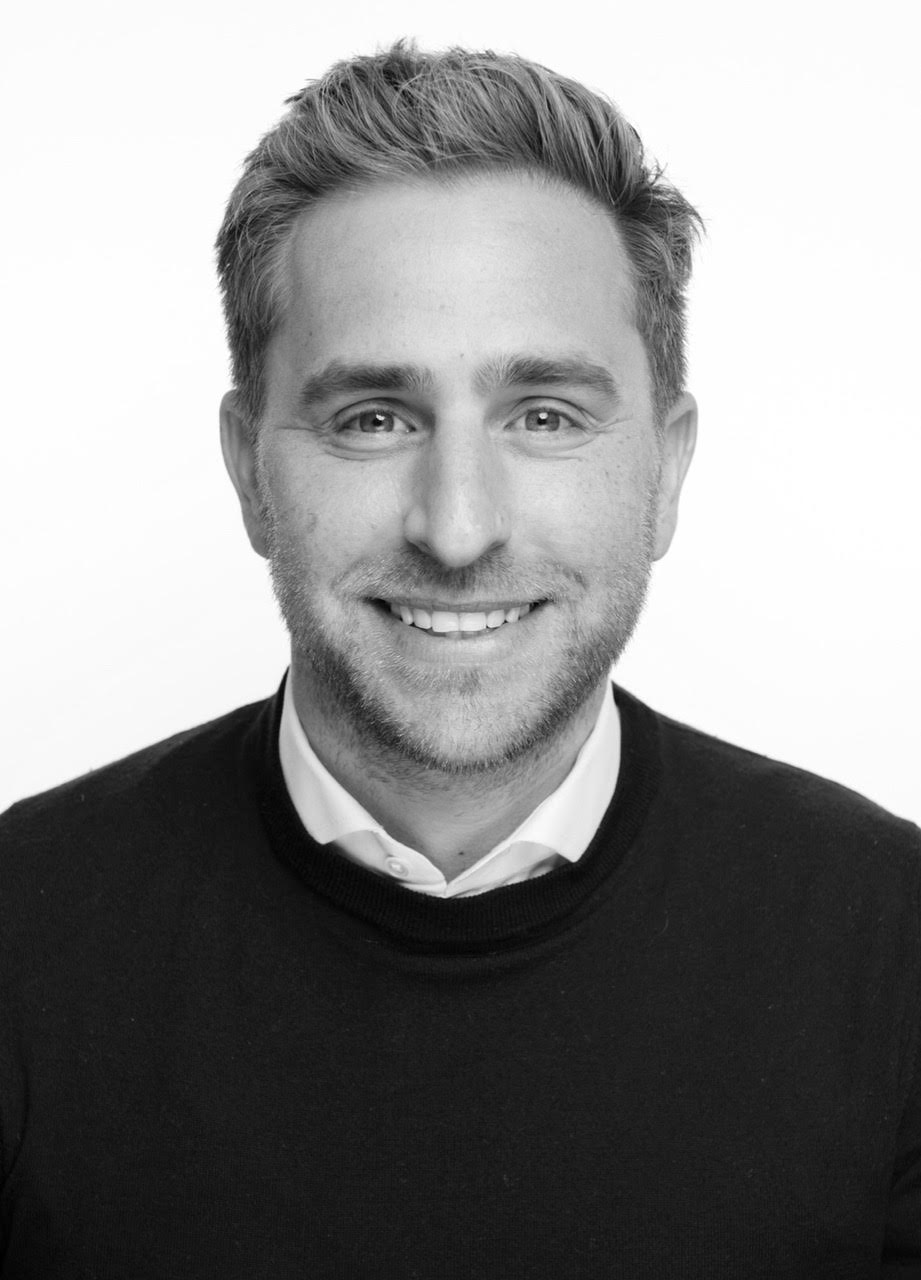 Daniel Krupp
Director of Consumer Healthcare
Daniel is an all-round professional specialized in Fast Moving Consumer Goods, with a career spanning 15 years working for some of the world’s most iconic consumer brands, including Coca-Cola.

He is driven by adventure, and has grasped once-in-a-lifetime opportunities that lead him to live and work in Asia Pacific, Europe and the US. Daniel is a newcomer to the cannabis industry, and he is thrilled to apply his innate customer insight and global experience in go-to-market strategy and business development to this promising sector.

P.S. He holds an Executive MBA from HEC Paris and a Bachelor degree of Commerce from Macquarie University. He is also a certified Chartered Accountant.

“Like most people in the sector, my journey to cannabis wasn’t straightforward and a bit happenstance. My interest was first piqued when I realized that cannabis had the potential to improve the lives of millions around the world but was really misunderstood by a large majority. For me, the mismatch between public perception, antiquated regulation and the truth, is an opportunity to effect change, do good and create value at the same time.” 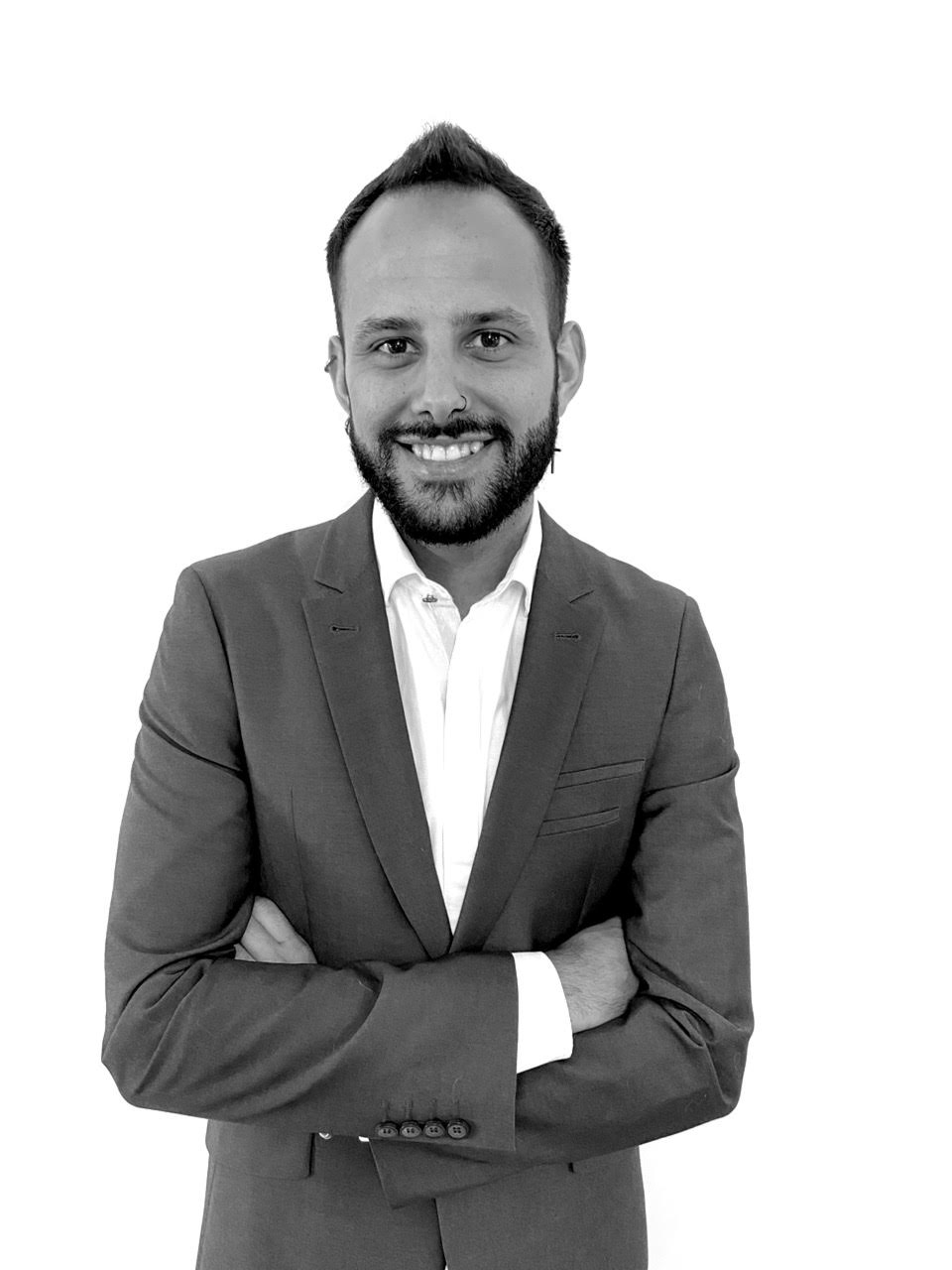 Manuel Jiménez - Manu
Director of Medical & Scientific Affairs
Manu is an interdisciplinary professional with 10 years of experience in preclinical, translational and clinical research in Oncology and Biomedicine.

He boasts 12 peer-reviewed articles in high-impact journals, 1 international patent and more than 15 participations as a conference speaker. What’s more, he has 5 years of teaching experience at different levels, including University. He likes to say that Cannabis crossed his path at the right moment in time, turning out to be a surprising and significant discovery. So much so that he now boasts experience in pharmacology of cannabinoid derivatives endorsed by the “I International Diploma in Medicinal Cannabis” from the Monterrey Tech University (Mexico).

P.S. He holds a PhD in Molecular Biology, Biomedicine and Clinical Cancer Research (University of Seville, CSIC, ‘Virgen del Rocío’ Hospital in Seville and ‘Mount Sinai’ Hospital in New York). What’s more, he has 5 years of teaching experience at different levels, including university and currently holds an ‘Assistant Professor’ certification from ANECA

“I am proud to contribute with my scientific background to R&D and the correct dissemination of the therapeutic and medicinal use of cannabis. People need to know that the antioxidant properties at the molecular and cellular level that most of the cannabinoids of interest provide are astonishing from a scientific perspective. These properties translate into an anti-inflammatory and pro-repair modulation that reports a substantial improvement in our general well-being.” 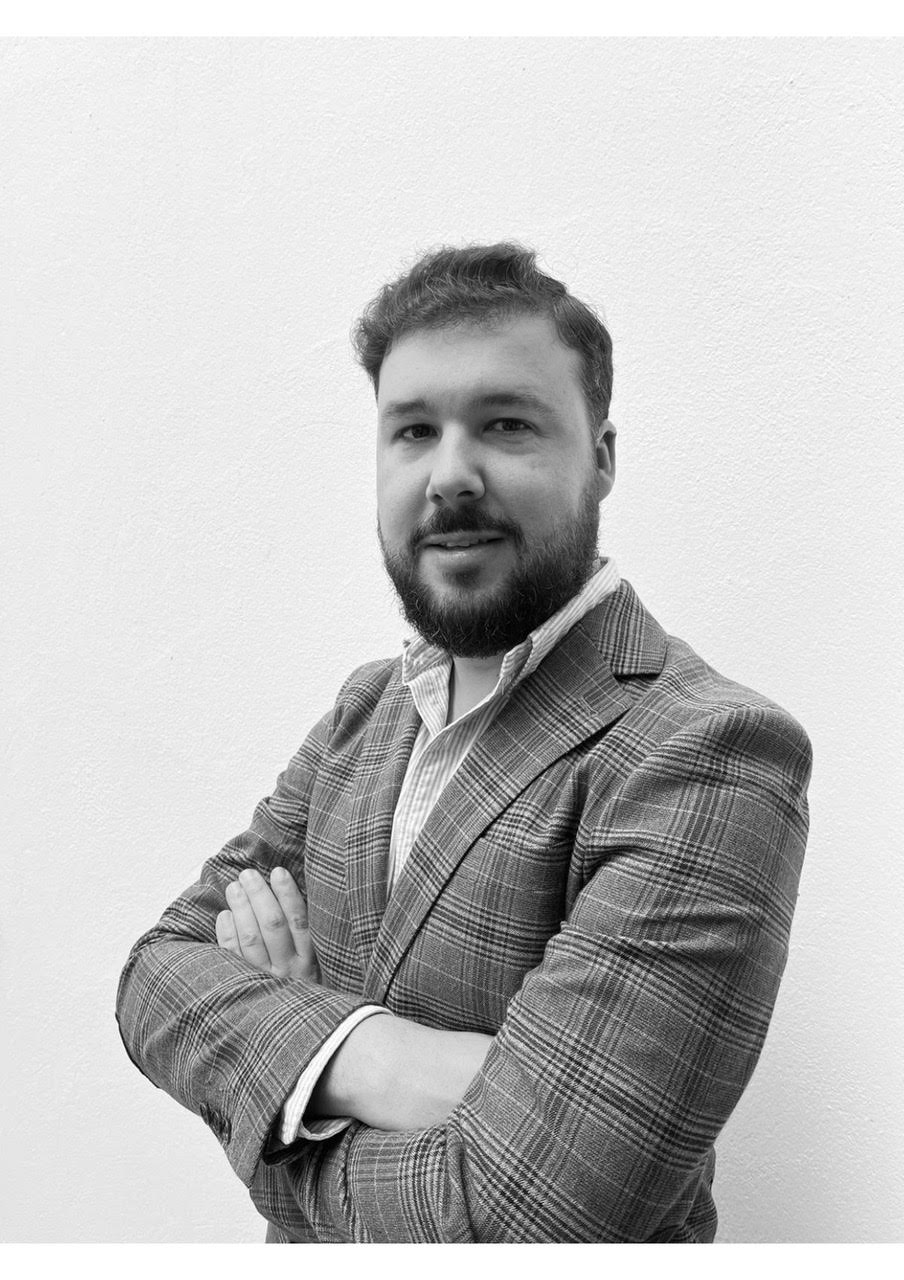 Manuel Rodríguez
Director of Agriculture
Manuel is a highly qualified Agricultural Technician with 15 years of experience in the cultivation of Papaver somniferum L. (opium poppy) and Cannabis sativa L.

P.S. Manuel has been increasing his extensive knowledge by taking several courses on the cultivation of Cannabis sativa L, which have been on GACP, CUMCS & EU-GMP and the micropropagation of cannabis and the importance of this technique for the development of the industry.

“I believe cannabis can have a profound impact on humanity. Cannabinoids contain a wide array of beneficial properties and every day encouraging news regarding their medicinal applications are reported. I think there is much more to discover from both the agricultural and medicinal side of things, and I am thrilled at the opportunity to learn more about this amazing plant.”

We use cookies on our website to give you the most relevant experience by remembering your preferences and repeat visits. By clicking "Accept All", you agree to the use of ALL cookies. However, you can visit "Cookie Settings" to provide controlled consent.
Cookie settingsAccept all
Manage consent

This website uses cookies to improve your experience while you browse the website. Out of these cookies, the cookies that are categorized as necessary are stored on your browser as they are essential for the working of basic functionalities of the website. We also use third-party cookies that help us analyze and understand how you use this website. These cookies will be stored in your browser only with your consent. You also have the option to opt out of receiving these cookies. But opting out of some of these cookies may affect your browsing experience.
Necessary Always Enabled
Necessary cookies are absolutely essential for the website to function properly. These cookies guarantee basic functionalities and security features of the website, anonymously.
Functional
Functional cookies help to perform certain functionalities, such as sharing website content on social media platforms, collecting feedback, and other third-party functions.
Performance
Performance cookies are used to understand and analyze key performance indicators of the website, helping to provide a better user experience for visitors.
Analytics
Analytical cookies are used to understand how visitors interact with the website. These cookies help provide information on metrics, number of visitors, bounce rate, traffic source, etc.
Commercial
Advertising cookies are used to provide visitors with relevant advertisements and marketing campaigns. These cookies track visitors across websites and collect information to provide personalized advertisements.
Others
Other non-categorized cookies are those that are being analyzed and have not yet been classified into a category.
SAVE & ACCEPT